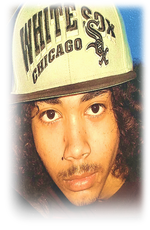 Kevin grew up with his family and friends on the Eastside of San Antonio and later resided in Dallas Texas. He attended McNair Elementary, Harpool Middle, and Lakeridge High School. To family Kevin was called “Woo-Woo.” Kevin enjoyed playing his video games and hanging out with his best friend Johnathan.

Kevin shared a bond full of Love, with his grandmother Loretta, anything he wanted or needed his grandmother “Lala” made sure he never went without. One day he asked her to get him a pet, so she bought him hermit crabs, and snakes. Kevin knew that his sister and cousins were all scared of his new pet’s so he would take them out and chase them, he found that so funny. He was so quiet and reserved but would sneak and mess with his sister and cousin’s and run back in the room like he didn’t do anything at all, because he knew he would never get in trouble. His smile would light up a room and melt your heart. He will truly be missed.

You know the saying “it takes a village to raise a child” Kevin, was raised by his grandmother; Loretta M. Martin, uncle; Steve Martin, aunt; Sandra Martin and his great aunt; Barbara Lee who adopted him. They all loved and played a major part in watching this young man grow up and turn into a man.

All rights reserved. This obituary is also archived at obittree.com